Site Overview:
The North Sea has long been the site of important European shipping lanes as well as a major fishery. The sea is a popular destination for recreation and tourism in bordering countries and more recently has developed into a rich source of energy resources including fossil fuels, wind, and early efforts in wave power. A major Oil and Gas End User that owns a number of aging assets in the North Sea approached Imtex Controls to assist with an issue on their riser valves and critical ESDVs. 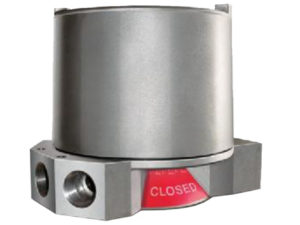 The Project
The challenge that the End User expressed to Imtex was that, given the age of their assets, the necessary infrastructure to install new equipment was not currently available. Other solutions that had been presented to the End User, such as smart positioners, intelligent solenoids, or sophisticated on-line valve monitoring systems, would involve considerable expenditure on new cabling, I/O and potentially control system upgrades. When the economic implications of the necessary infrastructure changes were analysed, it was seen that the expense would be considerable and not possible to justify within the operational budget for the assets.

Imtex Controls, as a leading independent manufacture of valve monitoring and communication solutions based in the UK developed a solution for the End User.

The Solution
Adapting a version of their highly versatile Imtex Valvescan VSD Valve Controller, a unit was provided that was a simple to retrofit and cost effective means of obtaining the type of information required by the HSE but which could be supplied and operated without the need to modify existing plant infrastructure.

To fit the VSD Controller, the End User simply mounts the unit in place of the limit switch box that is installed on a shut down valve. The solenoid valve on the existing shutdown vale assembly is then ‘back-wired’ into the terminals within the VSD enclosure. Field wiring to the SDV for the solenoid and limit switches are now terminated in the VSD enclosure. The VSD Controller is supplied with continuous position monitoring device, a Bluetooth wireless interface and fitted with a specially designed power module that uses the power to the solenoid valve to power the diagnostic system within the unit. 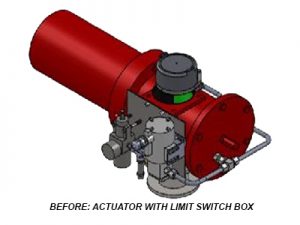 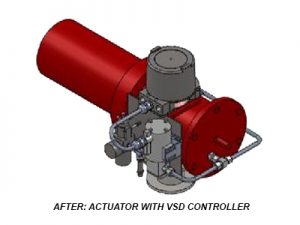 Some variants of the VSD Controller are also supplied with a Pressure Transmitter that enables the pressure inside the actuator to be monitored.

The Result
Valvescan VSD Valve Controller from Imtex Controls provides the End User with an cost effective solution for monitoring the condition of Shut Down Valves on existing plant, allowing them to meet the demands made of them by the HSE but without putting significant pressure on operational budgets. Due to the success of the systems already installed by the End User, it is intended that a wider roll out of the solution will take place during the Maintenance Shut Down planned for the Summer 2018.