Site Overview:
Acrodyne have recently been involved in a valve actuation upgrade at the treatment plant of Australia’s oldest water supply. The reservoir was built in 1857 and at the time of its completion it was the largest artificial reservoir in the world.

The plant is currently on standby, but recently the end user has show intent to upgrade the facility to enable continuous use of the Yan Yean Reservoir, particularly during summer months when demand is high. This well help meet Melbourne’s water demand and also provide storage for local emergency services such as firefighting. 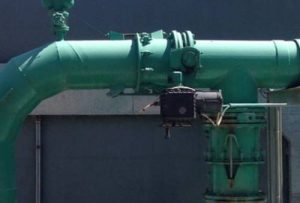 Next Generation Limitorque MX on a butterfly valve For many years Acrodyne has serviced this flagship facility maintaining the 60+ Limitorque actuators on the site through its sales and servicing team to maintain the integrity of equipment it has at the Treatment Plant and intends to further strengthen the partnership into the future.